The patterns of adolescent substance use are changing, and marijuana is increasingly the first substance in the sequence of recreational drug use for adolescents, according researchers at Columbia University Mailman School of Public Health. 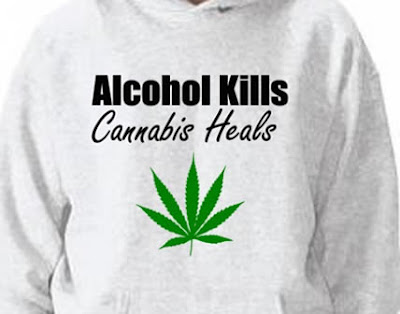 Traditionally, students experiment with cigarettes and alcohol before cannabis, but since 2006, less than 50 percent of adolescents try cigarettes and alcohol before they try cannabis for the first time. The findings are published in the journal Drug and Alcohol Dependence.
"Alcohol and cigarette use have precipitously declined in adolescent populations for 20 years, while marijuana use has not," said Katherine M. Keyes, PhD, associate professor of Epidemiology at the Columbia Mailman School. "The perceived risk of marijuana use to health among adolescents is declining as well, portending potential future increases. In short, the timing of substances in the 'gateway' sequence is changing, as public perceptions about drugs of abuse change."The 10 Reasons Cannabis Is Far Safer Than Alcohol For The Consumer and CommunityFor decades, governments have led the public to believe that marijuana is a dangerous and addictive drug that has destroyed the lives of countless teens and adults. We have also been encouraged to accept through poorly designed scientific studies, that marijuana causes lung cancer and is a "gateway" to harder drugs. Government policy and research has attempted to convince the public that people who use marijuana are more at risk to themselves and the public than those who use alcohol. Teens have become very vocal regarding this misrepresentation of facts.Marijuana is one of the most powerful healing plants in the world which can make cancer essentially disappear. Cannabis compounds are responsible for halting the growth factors that are responsible for metastatic growth. Cannabinoids can also reduce heart attacks by 66% and insulin dependent diabetes by 58%. A vast amount of research can be found in the book, Marijuana is Safer: So why are we driving people to drink? "Both the cigarette and alcohol industries are in full alert and panicking over the sudden shift from these industries to cannabis in less than one decade," said cannabis connoisseur and researcher Norman Maidana. "Many players in the cigarette industry have now shifted their interest to cannabis because it pays more since their revenues are rapidly declining."The researchers used data from 40 annual surveys of American 12th graders to study historical trends in the average grade of onset of marijuana, alcohol, and cigarette use; the proportion who tried alcohol and/or cigarettes before first marijuana use, and the probability of marijuana use by 12th grade after trying alcohol/cigarettes. A subset of 246,050 students were asked when they first used each substance.
The average school grade during which young people first tried alcohol and cigarettes has increased. The biggest jump was seen for first cigarette, which rose from the average of nearly 8th grade in 1986 to 9th grade in 2016. The proportion of adolescents who used cigarettes in a grade before marijuana substantially declined. In 1995, 75 percent of 12th grade students who tried both cigarettes and marijuana used cigarettes in a grade before marijuana; by 2016, the proportion had fallen to 40 percent. The proportion who reported trying cigarettes in the same grade as marijuana has increased, from 20 percent in 1994 to 32 percent in 2016.
The average grade of first alcohol use edged up as well, from 9th grade in 1976 to midway between 9th and 10th grade in 2016. The percentage of students who tried alcohol before marijuana peaked in 1995, the year in which 69 percent of adolescents reported drinking alcohol in a grade before marijuana use. This proportion fell rapidly by 1999 to 47 percent.
"Reducing adolescent smoking has been a remarkable achievement of the past 20 years," noted Keyes. "Now, the more prominent role of marijuana in the early stages of drug use sequences and its implications are important to continue tracking."

While the benefits of green tea polyphenols have long been touted, new research suggests that those found in black tea may also aid weight loss by acting as a prebiotic. 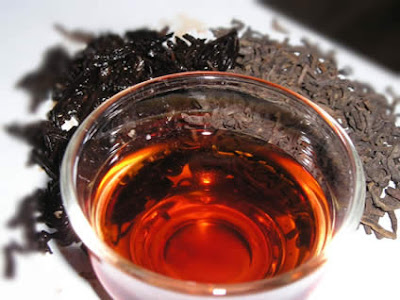 While green tea usually loses its flavor within a year, black tea retains its stronger flavour for several years. Black tea undergoes full oxidation and fermentation.
The study findings, published in the European Journal of Nutrition , demonstrate for the first time that black tea may promote weight loss and other health benefits by changing bacteria in the gut.
Led by researchers from the UCLA Center for Human Nutrition the study found that both black and green tea changed the ratio of intestinal bacteria -- resulting in a decrease in percentage of bacteria associated with obesity and an increase in bacteria associated with lean body mass.
"It was known that green tea polyphenols are more effective and offer more health benefits than black tea polyphenols since green tea chemicals are absorbed into the blood and tissue," said study lead author Susanne Henning. "Our new findings suggest that black tea, through a specific mechanism through the gut microbiome, may also contribute to good health and weight loss in humans."
"The results suggest that both green and black teas are prebiotics, substances that induce the growth of good microorganisms that contribute to a person's well-being," she said.
Black Tea Study
In the study, four groups of mice received different diets, two of which were supplemented with green tea or black tea extracts: low-fat, high-sugar; high-fat, high-sugar; high-fat, high-sugar and green tea extract; high-fat, high-sugar and black tea extract.
After four weeks, the weights of the mice that were given green or black tea extracts dropped to the same levels as those of the mice that received the low-fat diet throughout the study.
The researchers also collected samples from the mice's large intestines (to measure bacteria content) and liver tissues (to measure fat deposits) -- finding that in the mice that consumed either type of tea extract, there was a change in the ratio of two key microbiome family groups.
Indeed, Henning and colleagues reported a decrease in the presence of Firmicutes bacteria that are associated with obesity and a higher number of Bacteroidetes that have been associated with lean body mass.
"The relative proportions of Blautia, Bryantella, Collinsella, Lactobacillus, Marvinbryantia, Turicibacter, Barnesiella, and Parabacteroides were significantly correlated with weight loss induced by tea extracts," wrote the team.
However, only the mice that consumed black tea extract had an increase in a type of bacteria called Pseudobutyrivibrio, which the team suggest could help explain the difference between how black tea and green tea change energy metabolism.
The study also concluded that both green tea and black tea have different effects on liver metabolism.
According to Henning, the molecules in green tea are smaller and can more readily be absorbed into the body and reach the liver directly, while black tea molecules are larger and stay in the intestine rather than being absorbed.
When black tea molecules stay in the intestinal tract, they enhance the growth of beneficial bacteria and the formation of microbial metabolites involved in the regulation of energy metabolism.
"We hypothesize that black tea polyphenols increased pAMPK through increased intestinal SCFA production, while green tea polyphenols increased hepatic AMPK through green tea polyphenols present in the liver," wrote the team.